With these critiques in mind, this course will explore two related questions: how can spatial and place-based thinking benefit historical scholarship? More specifically, how can we combine fieldwork, archival research, and quantitative and qualitative digital analysis to help us recover hidden aspects of local history? To answer these questions, Placing History I and Placing History II examine history from two, separate but related lens:

Both courses include three parts:

For the final project, students will work in small groups to produce an exhibit integrating cartography, data visualizations, photos, and textual components to tell a previously uncovered local history. Students will share these exhibits digitally on the course webpage and at a public showing involving poster / exhibit displays and presentations. 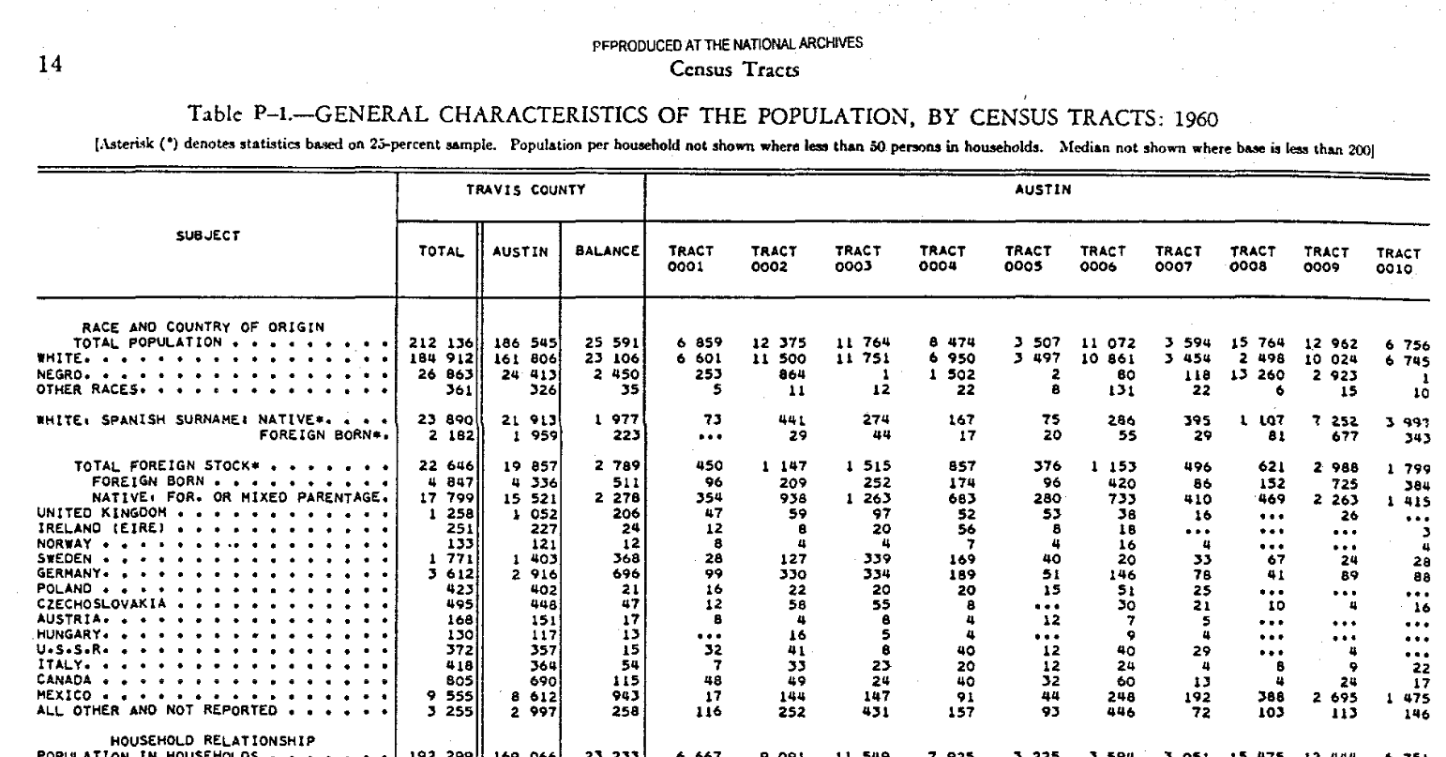 In studying 20th and 21st-century local history, students will work with a variety of digitized and not-digitized quantitative population and other data. This will include data aggregated at the town or county level as well as census data divided by census tract and other more atomized datasets. In studying these data, students will explore what makes individual places unique. To what extent do local historical patterns follow regional, national, and international trends? Students will also examine how much spatial variation exists even within a town or city. 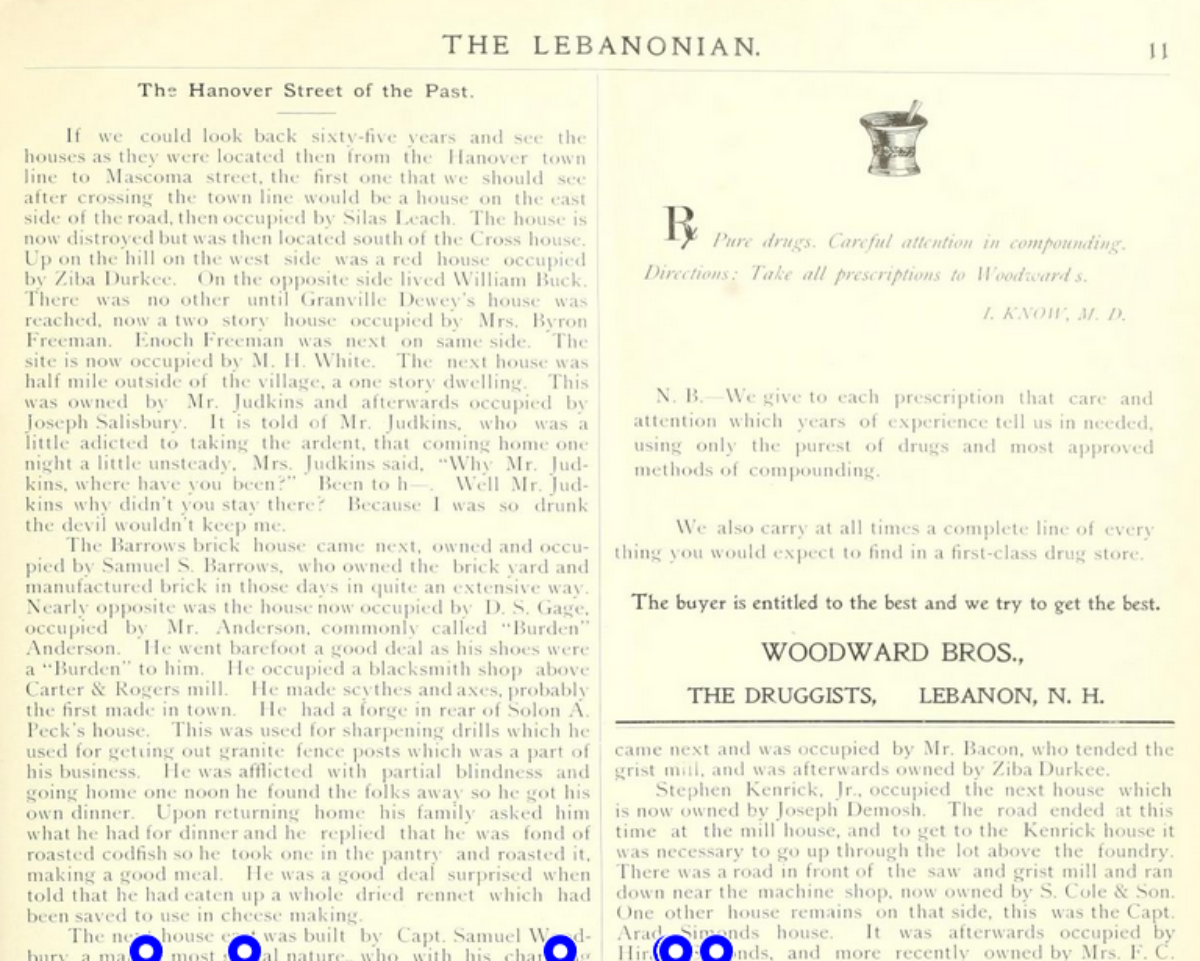 In the March 10, 1898 edition of the Lebanonian, the newspaper of my current hometown - Lebanon, NH, the newspaper reminisced about the history of the town. One reporter described in detail the people who inhabited the town forty-three years earlier in 1855. In another article, an author going by the name "O.W.B." recalled the life story of the late Dr. Phineas Parkhurst. During an attack by some Native allies of the British during the American Revolution, Parkhurst had suffered a bullet wound. As O.W.B. told it, Parkhurst was shot in the back warning local townspeople of the attack while riding hard on horseback down the White River Valley. Finally, another article began, "If one could look back sixty-five years and see the houses as they were located then...." It described who lived where and told various witty stories of these townspeople. One described a man who came home drunk describing to his wife how he died, went to hell, was rejected by the devil on account of being too drunk, and was sent back among the living. Another told of the partially blind blacksmith with a penchant for wandering around town shoeless.

In this course, we will seek to recover similar lost local histories whether of Hanover, NH or your childhood town. However, unlike the stories above, we will move beyond nostalgia and local myths to reconstruct what these stories concealed... from the dispossession of Indigenous people to the marginalization of other communities.

Before beginning their own projects, students will examine the ways cartographic and data visualization projects allow local communities to view their town or city in entirely new ways. 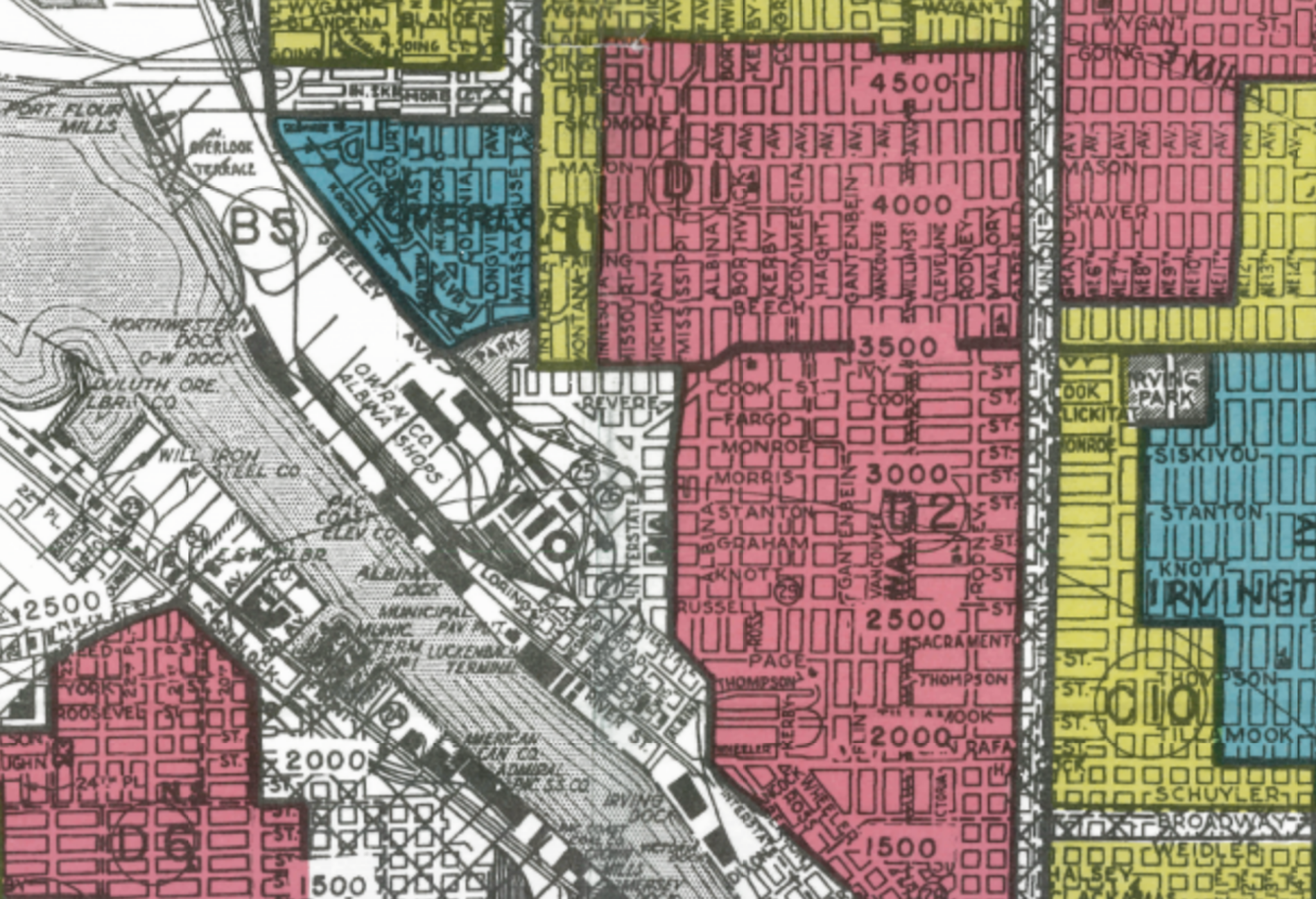 The misuses and abuses of data

Using the Mapping Inequality project as a starting point, students will examine the ways urban policymakers used maps and data to segregate and marginalize minority communities. The map above is a HOLC map from 1937 showing the Eliot-King neighborhood in NE Portland, a neighborhood I once called home. Assigning red to this neighborhood, the HOLC attributes this designation to the "detrimental influence" of its "heterogeneous population." The auditor of this neighborhood goes on to state that "the particular hazard in the area is racial," even though he or she observed its physical condition is "not nearly so bad as one would expect" and "but for the racial situation" would have been given a higher, yellow grade. This map and the policies enacted based on such maps 'redlined' this neighborhood, effectively marginalizing and disinvesting in the people who called it home. The consequences of this misuse of data continue to the present. 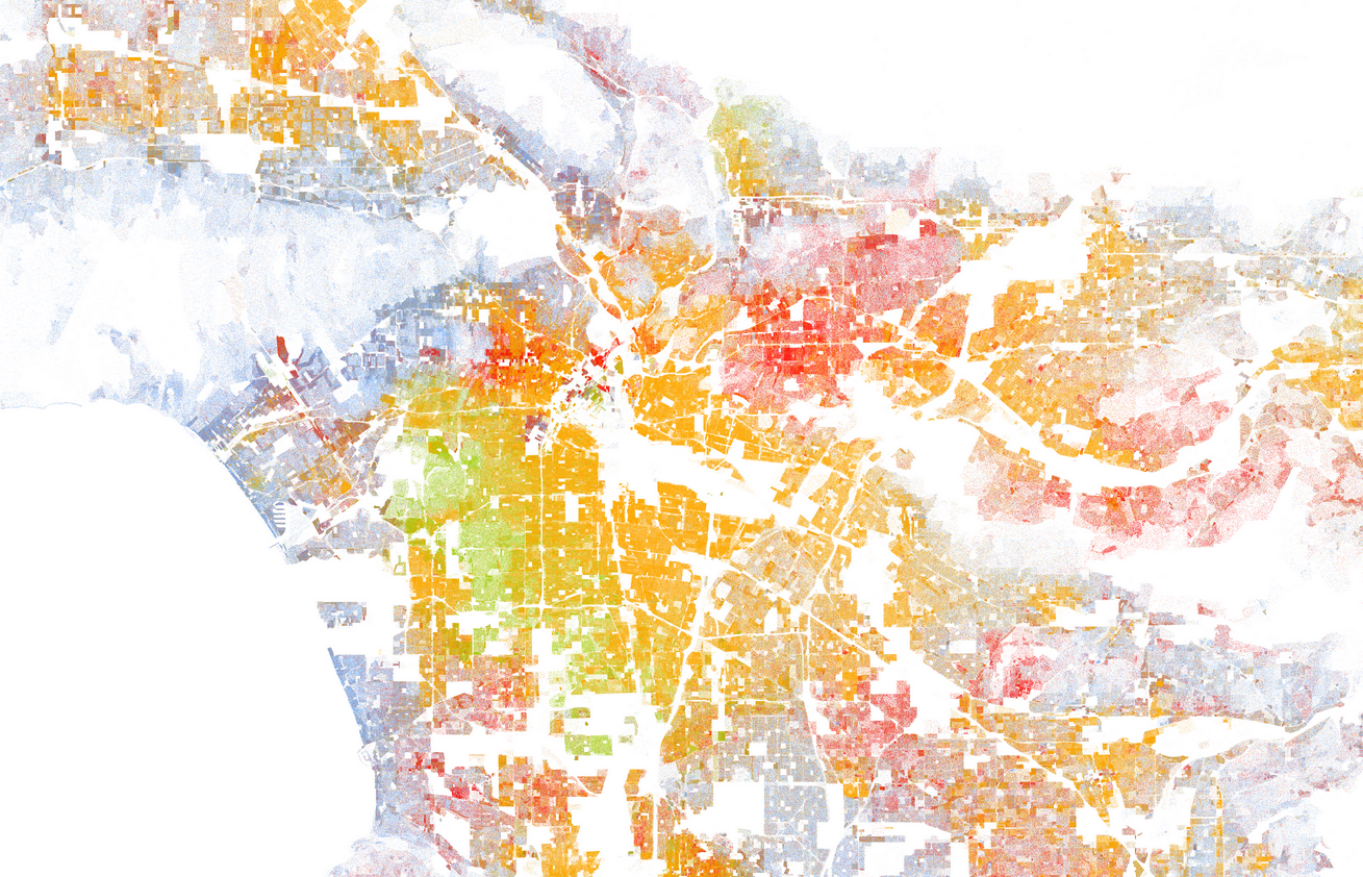 Digital historians and data scientists commonly aggregate data to analyze broader patterns. Digital technologies, however, now allow us to view large data sets at high resolutions, as is the case for the Racial Dot Map. What does a visual representation of every American tell us about race, segregation, and identity? 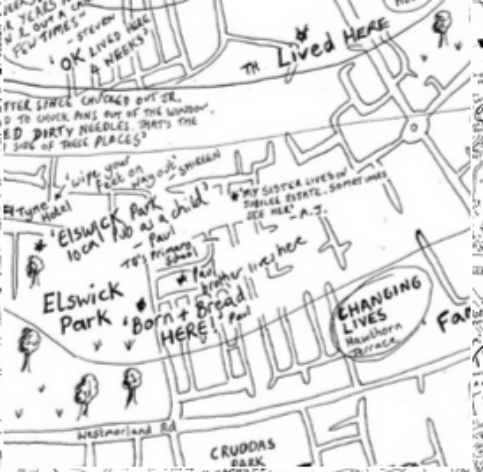 What alternative cartographies emerge when local maps are made, not by local powerbrokers, but by the people most commonly marginalized by their policies? The Imaging Homelessness in a City of Care presents one such example.... 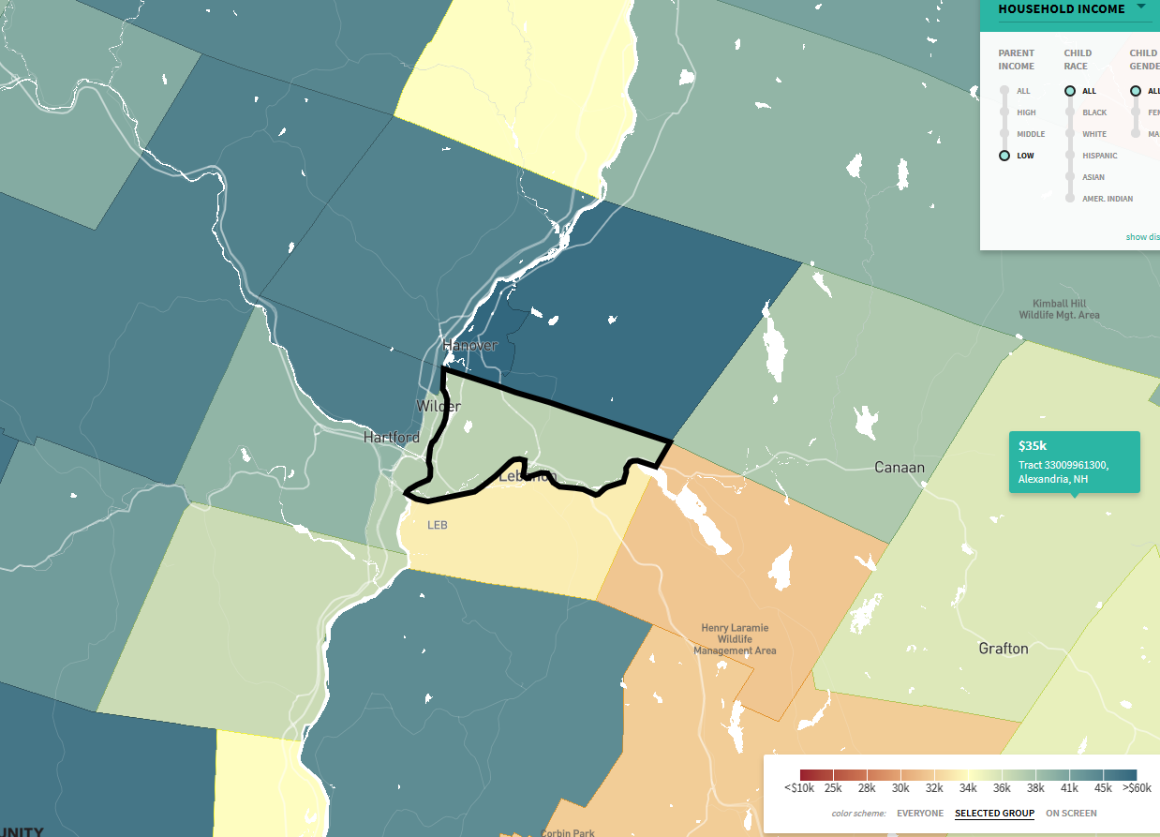 How much does your childhood hometown determine your future opportunity? Raj Chetty's work as illustrated in his Opportunity Atlas examines just how great an impact one's neighborhood makes in determining an individual's social mobility.